WE'RE PLAYING A house show/house party on NYE in Saskatoon.
It's long johned themed. Which means, we've ordered long john donuts and will be decked out in the attire.
If you are looking for something to do and wanna ring in the New Year with us and the band Minor Matter, EMAIL US.
In other news, we have a music video that we will be releasing in the next few weeks. We are just working on final edits, etc etc etc. Here are some pictures of the shoot (it was filmed in rural Saskatchewan in a ghost town!): 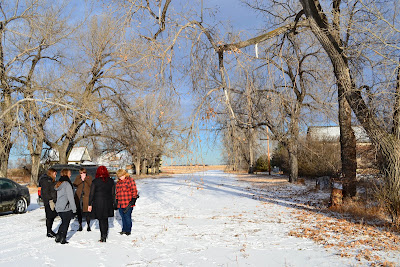 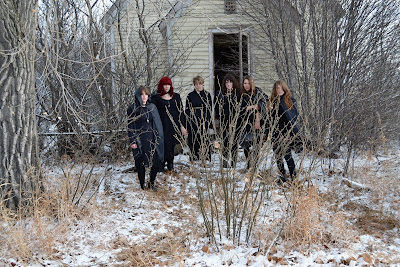 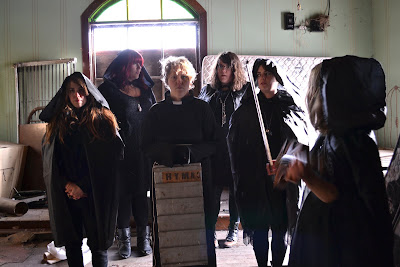 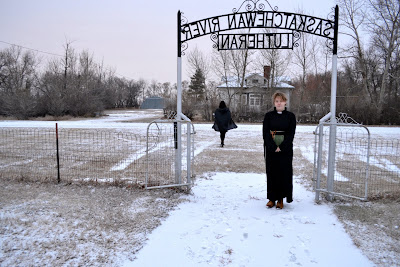 spoooooky! it's for our single Barefeet.
Posted by Seahags at 3:03 PM No comments:

Our single off of our gospel album, Barefeet, is on a Berlin based Riot Grrrl compilation along side Saskatoon's Jeans Boots and Aunty Panty.
It can be downloaded free of charge here:
http://riotgrrrlberlin.tumblr.com/compilation01
Posted by Seahags at 1:22 PM No comments:

There's a lovely little article written about us on Ominocity today:
http://www.ominocity.com/2011/12/08/the-seahags/
Posted by Seahags at 1:00 PM No comments:

We are playing two rural Saskatchewan shows in the next few days....
Saturday November 12th at the Craik, SK Eco-Village as part of Waterluration. We're on at 7:30 for an hour + long set.
Monday November 14th in Bruno, SK at the Bruno Arts Bank in support to One Hundred Dollars. (you need to reserve tickets for this one -- and I'm assuming they are most likely already sold out).
Here's a picture of my folks when they visited Saskatchewan from BC a few weeks ago. Of course I took them to Humboldt, SK for Danish Oven donuts and to the Good Neighbourhood thrift store and then we stopped at the Bruno Arts Bank on the way to check out Batoche: 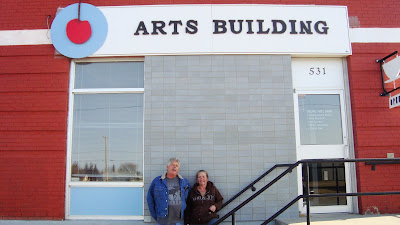 Posted by Seahags at 2:34 PM No comments:

Our show at Walker's is on November 26th not October 26th.
sorry, wrong month.
Posted by Seahags at 5:32 PM No comments: 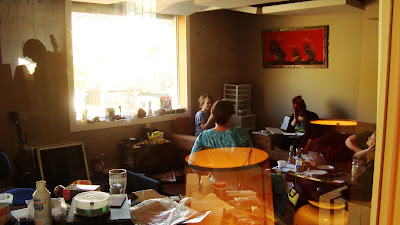 35 + hours in the studio in a week (on top of full-time work, full-time studies, full-time life) and we recorded a 6 song gospel album. It will definitely be a 2011 release, but we are still waiting on the final mixing and we're working out some copyright stuff. Then it will have to be shipped off to be printed. This album is pretty obscure. I'm not quite sure how else to describe it.... maybe a tad country psychedelic with hints of gloom? Every song is so different and weird. I can't wait to submit it for all those Christian music awards.
Anyways,
some show announcements:
Wednesday, October 26th: We're playing Walkers. We will be on early -- I'd say by 10 pm at the latest.
Sunday, October 30th: We're playing an invite-only private house show in Saskatoon with some secret out of town guests. I know that's pretty vague, but ask one of us in person for more details and if you want to be put on the RSVP list.
Friday, November 4th: ROCK the VOTE at Louis. Again, we should be on stage by 10 pm.
Our next album will be our official full-length that we are going to record this winter. We will most likely redo some of the songs on our first EP (any requests?). I know that album will be a lot less weird. But, we are a really awkward band so I'm sure that will shine on through.
Posted by Seahags at 11:50 PM No comments: 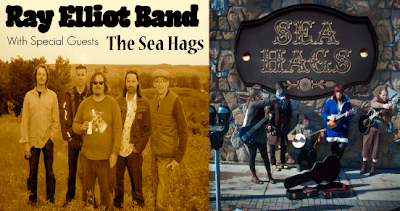 We are playing THE FEZ Friday September 23rd in support to The Ray Elliot Band. We'll be on at 11 pm with a 45 minute opening set.

Posted by Seahags at 1:23 AM No comments:

Our show with Bog River on September 15th has been cancelled due to venue issues.

Bog River will be doing an opening set at Lydia's the same night. Check em out there.

In the meanwhile, we are practicing 2-3 days a week for recording.
Posted by Seahags at 12:32 AM No comments:

Holy, it's been over two months since our last update. We've been pretty busy lately -- practicing, writing new songs, and getting ready to record a gospel album in October. We lost our jam space at the end of August (currently looking for a new one) and hosted a great jam space farewell party. We took some band trips, tried to write a one hit wonder, and added a fiddle player.
We have some shows to announce:
September 3rd: we're playing JALE's grand closing party. We are on at 5 pm at Jale (Caffe Sola). We are also working the bar that night from 10:30-12:30 am. It's a fundraiser for VIVE to help them open a new space in the spring.
September 15th: in support to BOG RIVER (Winnipeg, MB). It's a new performance space in Saskatoon and I believe that we are going to be one of the first band's to host a show in there. More details as they come. CANCELLED.
November 14th: Bruno, SK with ONE HUNDRED DOLLARS (Toronto, ON) at Bruno Arts Bank. We are super excited for this show since they are one of our favourite bands.
We also have a few more shows not finalized yet, but here is a video of a weekend we spent up north at Candle Lake:
Posted by Seahags at 12:31 AM No comments:

We are looking for a few bands to join us out in rural Saskatchewan (about 80 km south of Saskatoon) to play a "family fun day" in the park. Broderick is a community of about 75 people near Outlook, SK.
This will be a paid gig and the event runs from 11-7 pm. Your set will most likely be in the 45 minute range.
please email seahags.saskatoon@gmail.com if you're interested.
Posted by Seahags at 8:25 PM No comments: 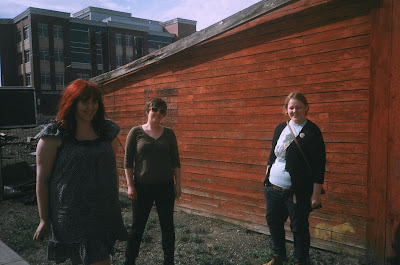 We're playing Langham Days in Langham, SK this Saturday June 25th. We're on at 5 pm at the bar / outside the bar. There's really nothing we love more besides beers, food, cats, and rural Saskatchewan.
Posted by Seahags at 9:42 AM 1 comment: 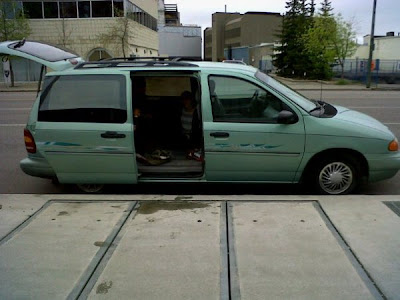 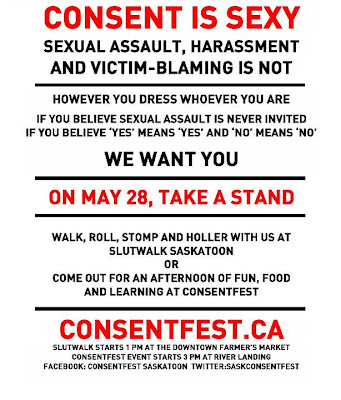 We are playing the "fest" and we're on at 5 pm at Riverlanding. We'll be going to Diva's for the after party later in the evening. We're open to swooooning.
Posted by Seahags at 4:16 AM No comments: 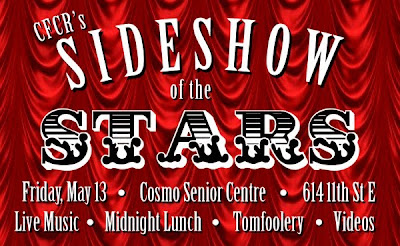 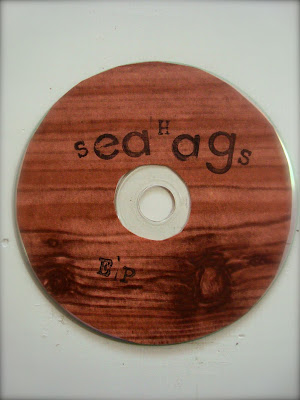 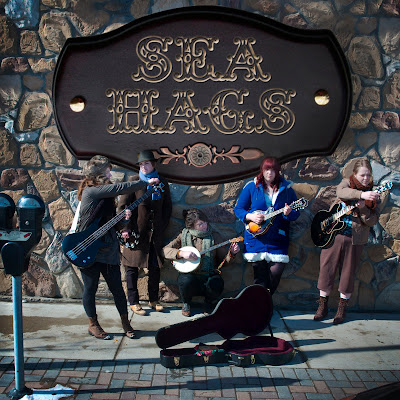 We had been sitting on this recording for the past couple of months. We were looking at pricing, etc to get it pressed, there were things we wanted to fix on the recordings, etc. It dawned upon us, if we don't release this now -- it's never going to get done. So we did it. DIY style. I think it turned out pretty good for a first release. We are selling them for $5. You can get them at our shows and we'll let you know when they are for purchase via the internet.
PS. we have a mini-tour coming up. we have dates in regina, calgary, and edmonton in june. more info as we finalize things...
Posted by Seahags at 3:36 PM No comments: 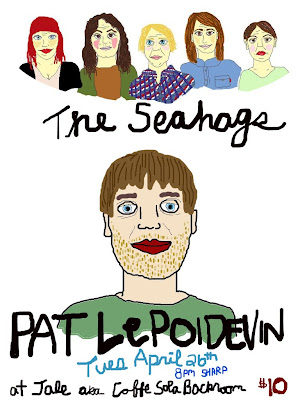 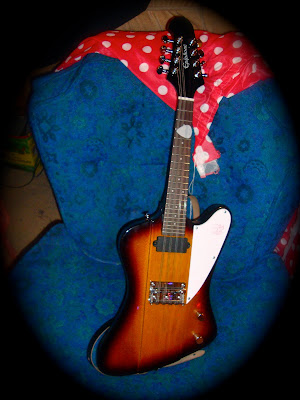 We recently switched from the mandolin to the mandobird (pretty much just an electric version of the mandolin). This gem has solved all our quiet mandolin problems.
It took us nearly 1.5 years, but I think we've finally worked out all our sound nightmares.
Posted by Seahags at 12:47 AM No comments: 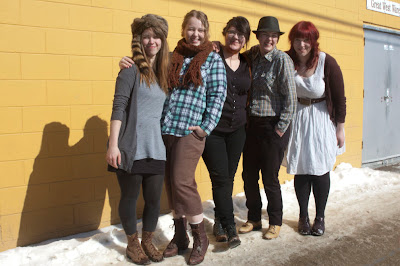 some gospel for you:

As we were sitting around jamming lastnight, it dawned upon us that we were doing exactly the same thing one year ago, getting ready for one of our first times playing on a stage. So we busted out one of our very first songs (we hadn't played in a long time):

Here is us, exactly one year before:


We still have 3 original members, a banjo, and a mandolin. Everything else we switched around a bit. We added a drum kit (Brenda) and a bass (Joanna). I remember when we were worried about having to play a 15 minute opening set because we didn't have enough material. Now, we struggle to figure out what to cut out.
I wonder how things will be in another year....
Posted by Seahags at 10:02 AM No comments:

We are touching up the final copy of our EP this week then it's off to get printed. We are going to have a whack of shows in the next two months. Including our EP release (date will be announced soon!).

Here are the first three:

In the meantime,
we have a BANDCAMP.

We finally have an EP. Well, we have the recordings done for it. Now we just have to get it pressed.
Anyways, we have released two songs from the EP and put them on our myspace page!

Posted by Seahags at 7:19 AM No comments: 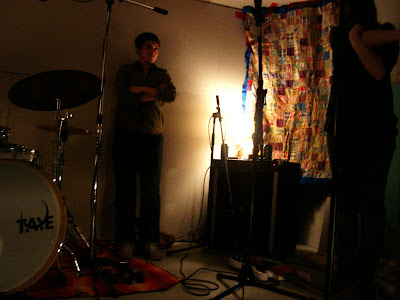 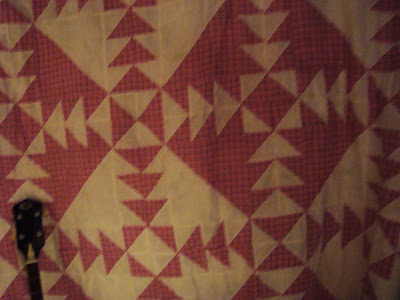 We are almost done recording 6 songs for our first EP. We just need to lay a few more vocals and then it needs to be mixed. We are really excited to have something to share and we are aiming for an April release -- hopefully life won't get in the way. 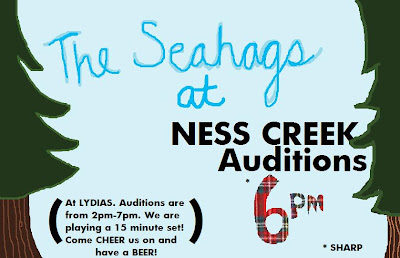 The above poster is pretty explanatory!

We are trying out for Ness Creek. We are playing a 15 minute set (hopefully we can squeeze in 4.5 songs!) We really, really would like to play Ness Creek this summer. Please come out and cheer us on! We are set to play at 6 pm sharp! So come down earlier, hang out with us, check out some other acts and have a beer! OH MY! this is on Sunday Jan. 16th! I forgot to paint that!

Our levels are not GREAT in this video, but we were just jamming/practicing!
Check it out, this is a newish diddy!

Posted by Seahags at 8:12 PM No comments:

Soup in a Pot:

Seahags
We are an old-timey, country garage band from Saskatchewan! booking info: seahags.saskatoon@gmail.com

MOSOFEST June 18-20th, Saskatoon
We are currently a special event band only. Please inquire at: seahags.saskatoon@gmail.com

Promote Your Page Too

send us an email!