we hope y'all been keeping warm.

We have a couple of show announcements to make. We will be playing a double weekend at Vangelis Tavern this weekend December 13th & 14th. Friday night we will be playing with Regina's The Lonesome Weekends (we have been harassing them to play a show with us for years) and Slim City Pickers. And Saturday night we play (a double set) with one of our local favourites The Barrelmen.
This weekend will be a weekend you don't want to miss because our lead singer (the hunk) is moving to Toronto at the end of this month. The good news is that before she leaves we are recording a new full-length album with Sinewave Studios (ANALOG!). Riki will be back in later spring so we can do a CD release. Then April heads to Nepal & India for the summer and Riki leaves again in pursuit of her vagabond ways. And our future after that is really unknown... 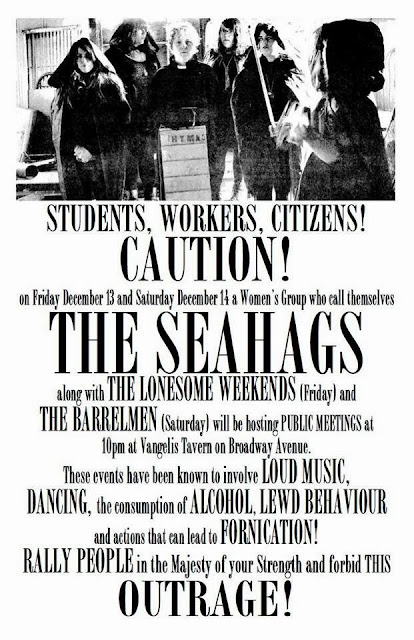 Posted by Seahags at 1:09 PM No comments:

Here's a video of us at Danceland singing The Kletz!


P.S. WE ARE RECORDING OUR NEW ALBUM this DECEMBER!
Posted by Seahags at 9:13 PM 1 comment: 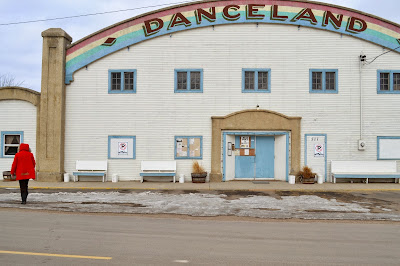 We play DANCELAND (near Watrous, SK) this Friday September 27th. We love this place. Doors are open at 9 pm and we are on at 10 pm. Tickets are $10. Check out the event with more information HERE.  And read more about DANCELAND here (there's a horse hair dance floor!).
Posted by Seahags at 9:50 PM No comments: 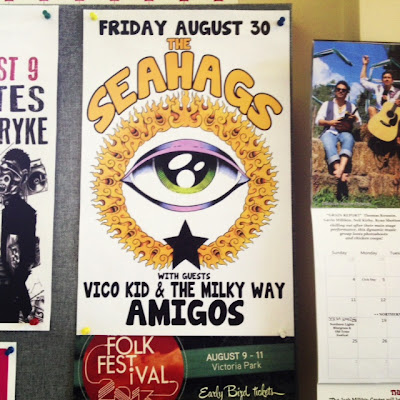 Our trip out west was a blast. Thanks y'all for coming and supporting us! We decided that we are totally a vacationing band and that we need to purchase an RV.

We uploaded a whack of tour photo's to our Facebook page. You can check them out HERE.

Riki has gone fruit picking for the rest of summer and Lauren is lost somewhere in America attempting to ride her bike to Mexico. We will reappear at Amigos Cantina on August 30th with Vico Kid and The Milky Way.

Hope to see you out. 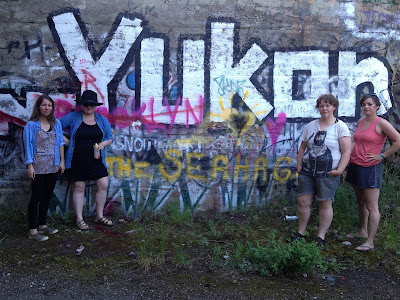 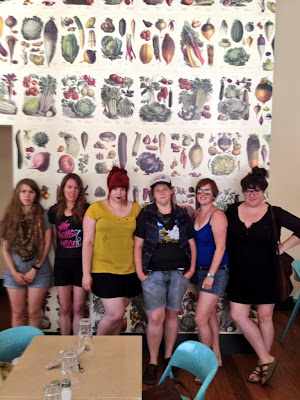 We will be heading out west playing some shows and going on vacation over the next ten days. Here are our finalized dates:

Our fiddle player is riding her bike down to Mexico after that, so we plan on taking the rest of the summer pretty easy. We already have a few awesome shows lined up for September. We are also gearing up to record again later this fall. xoxo. tell your friends!

Due to city-wide flooding, we had to flee Sled Island. Our hotel we were staying at got evacuated and the venue we were supposed to play at also was also closed due to the flooding. Luckily, we made it out of the city without too many issues. We really hope things go the best for Sled Island and the people that are affected by the flooding. xoxo.

P.S. We obviously did as much leisurely thrifting and activities as we could on our journey back to Saskatchewan. This is us making a pit-stop in Drumheller: 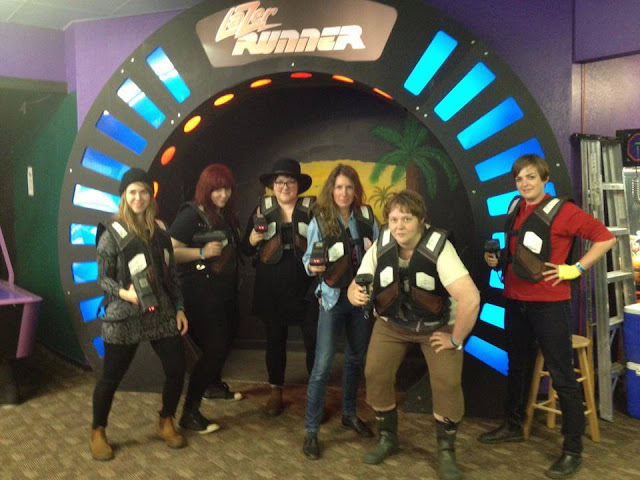 I found a short video on my phone of our violin/fiddle player Lauren. Check it out! What a babe:

You can download a free Sled Island compilation featuring Saskatoon bands brought to you buy Saskatoon's community radio station CFCR. Do so here: http://cfcr.bandcamp.com/
Posted by Seahags at 11:06 AM No comments: 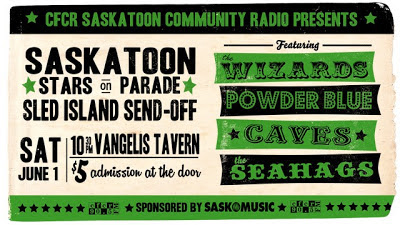 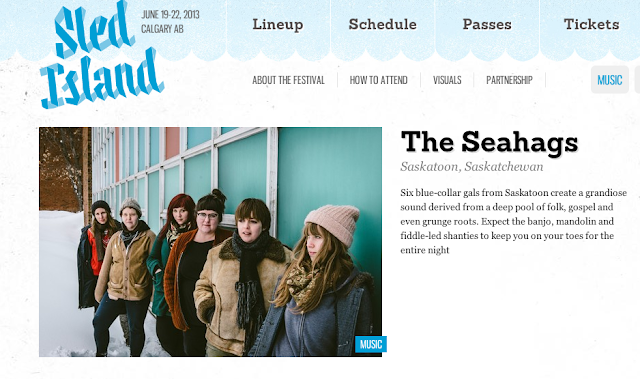 This isn't the best quality and the levels aren't the greatest, but we filmed us jamming one of our newest songs the other day at our band practice. Enjoy. 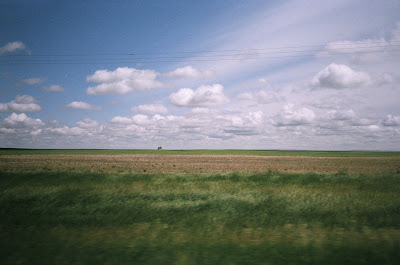 The 'Hags would like to play as much as we can in rural Saskatchewan this summer. Do you own a small town bar? Are you putting on a community event or having a festival? We are your band.
seahags.saskatoon@gmail.com
Posted by Seahags at 1:04 PM No comments:

Thanks to CBC's Searchlight competition, we made our debut on CBC radio today! We made the list for "biggest surprises and discoveries" in the competition so far. Don't forget you can download our music HERE.
Posted by Seahags at 9:26 PM No comments: 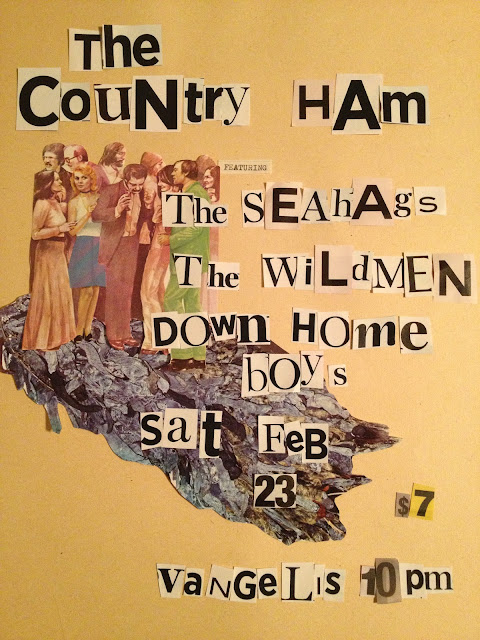 Posted by Seahags at 9:43 AM No comments:

You can finally get our albums online by donation (pay what you wish) through our BANDCAMP. All money will go towards putting fuel into our Hagon Wagon (and for treats) for our west coast tour this summer! 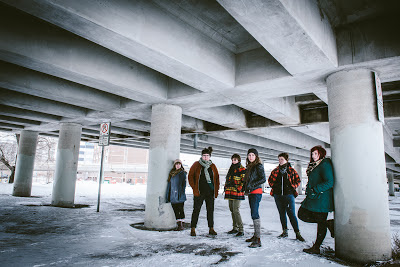 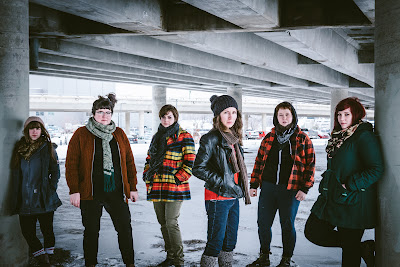 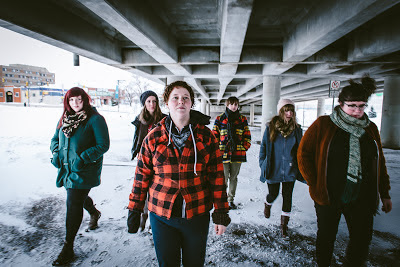 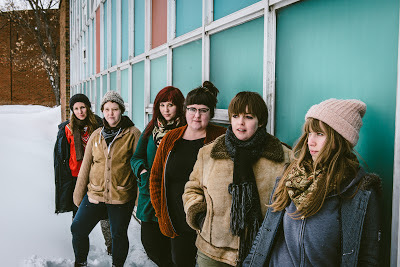 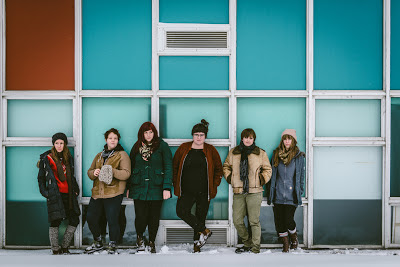 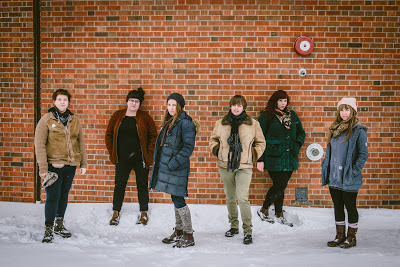 Thanks to Matt Braden Photo for making the least photogenic and least sexiest band look decent.
Posted by Seahags at 12:27 PM 3 comments:

This is one of my most favourite articles that has been written on us: 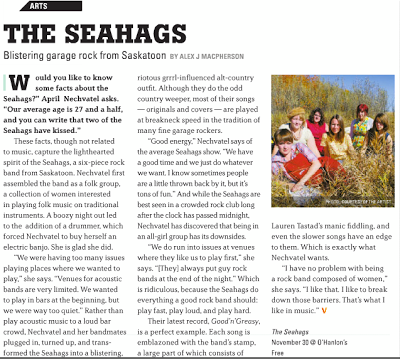 Posted by Seahags at 9:46 PM No comments: 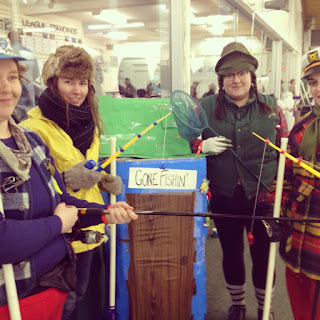 We played the Ness Creep Bonspiel last weekend and came in second in each of our games (we lost them all). We have some shows coming up!

We plan on going on tour this summer at the end of June out west. And spending the rest of the summer playing as much of the prairies (and festivals!) as possible. We are also working towards recording a new EP to bring on the road with us and shooting a music video in April.
Posted by Seahags at 11:44 AM 2 comments:

Seahags
We are an old-timey, country garage band from Saskatchewan! booking info: seahags.saskatoon@gmail.com

MOSOFEST June 18-20th, Saskatoon
We are currently a special event band only. Please inquire at: seahags.saskatoon@gmail.com

Promote Your Page Too

send us an email!